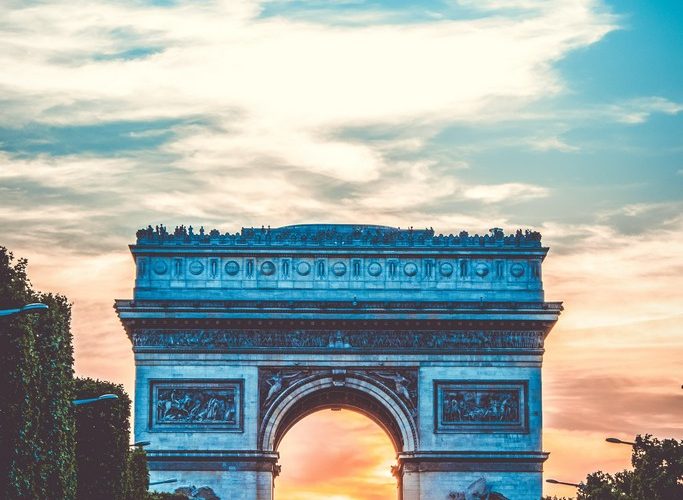 The right to deduct arises when the deductible tax becomes payable by the taxpayer in accordance with 2 of I of article 271 of the general tax code (CGI) .

It follows from the provisions of II of article 271 of the CGI that insofar as a taxable person acting as such uses the goods for the purposes of his transactions taxed or giving rise to the right to deduct within the meaning of this article, he is authorized to deduct the value added tax (VAT) due or paid for these goods.

Conversely, when the goods are not used for the purposes of the economic activities of the taxable person, but for the performance of operations or activities which do not fall within the scope of value added tax , no right of deduction can or will arise ( ECJ, judgment of July 11, 1991, case 97/90 ).

Note: Regarding the consequences that this condition implies on the deduction of import VAT, please refer to I § 20 to 65 of BOI-TVA-DED-40-10-30 .

The right to deduct the tax included in the purchase price of a good or service cannot be exercised as long as the supplier of the good or service is not required to pay the tax for which he is personally liable for the sale or provision of services, that is to say as long as this tax is not payable within the meaning of article 269 of the CGI .

According to the provisions of article 271 of the CGI, the right to deduct arises when the tax becomes payable by the taxpayer within the meaning of the provisions of 2 of article 269 of the CGI. The deductible tax is in particular that which appears on the invoice issued by the supplier and that which is due on importation. The deduction takes place by deduction from the tax due by the taxpayer for the month during which the right to deduct arises.

To be able to exercise his right to deduct, i.e. to mention the amount of the deductible tax on his turnover declaration, the taxable person must be in possession of the said invoices or any document in lieu thereof and, in the case of imports, an import declaration designating him as the consignee of the imported goods.

When the chargeability of the tax has occurred, i.e. when the right to deduct has arisen on the taxable person’s premises, and when the latter has taken possession of the invoice, the document in lieu thereof or the import declaration, the question that arises is to know on which turnover declaration he can exercise his right of deduction.

It should be considered that, since the taxable person is in possession of the document on the date of filing of his declaration of turnover covering the tax period during which the tax became payable, he is able to exercise its right of deduction on this declaration, the formal condition justifying the deduction of the tax for which the right of deduction arose being respected. The fact that he actually took possession of the invoice or of the document in lieu thereof on a date after the end of the tax period in question is irrelevant.

Example: In the context of a delivery of tangible movable property from which a purchaser may have benefited by filing turnover declarations on a monthly basis, if the payment of the tax to the supplier occurred on 30 April and the invoice was only delivered to the customer on May 5, the latter is entitled to exercise his right to deduct by mentioning the corresponding VAT on the monthly declaration of turnover that he submits at the end of May in respect of his operations from month of April.

The fact that in practice, the date of issue of the invoice is very often concomitant with that of the intervention of the chargeable event and the due date, cannot lead, in an example such as this one, to dismiss the possibility for the customer to justify that, in law, the payment (that is to say the delivery of the goods) did indeed occur during the month preceding that during which the invoice was issued.

It goes without saying that, in principle, the taxable customer does not have to be held responsible for any non-compliance by his supplier with the obligations arising for him from the payment of the tax on the transaction carried out.

In accordance with 3 of article 272 of the CGI , the VAT relating to a delivery of goods or a provision of services cannot be subject to any deduction when it is demonstrated that the purchaser knew or could not have been unaware that , by its acquisition, it participated in a fraud consisting in not paying back the tax due on account of this delivery or this service.

The calling into question of the right to deduct concerns the purchaser of a good who knew or could not ignore that he was participating in a fraud consisting in not paying back the tax due on account of the delivery of this good. This is precisely the situation encountered in the context of carousel fraud.

Due to the very economy of VAT, according to which the tax applies to each transaction after deduction of the amount of tax which has directly charged the cost of the various components of the price, the application of the mechanism is limited to relations direct between taxable persons.

The questioning of the right to deduct can therefore only be exercised on the basis of the tax invoiced directly to the purchaser by his defaulting supplier (example 1). A purchaser cannot be called into question the benefit of the right of deduction on the grounds that a supplier located upstream of its direct supplier in the chain is in default (example 2).

In this situation, company (C) may have its right to deduct goods delivered by company (B) questioned, if it knew or could not have been unaware that, by its acquisition, it was participating in a fraud committed by (B) consisting in not paying back the tax due on account of this delivery.

In this situation, company (C) cannot be called into question the right to deduct goods delivered by company (D) on the grounds that it knew or could not have been unaware that company (B) would not refund the VAT collected on the occasion of deliveries made to (D) (refer however to the payment solidarity mechanism commented on in § 20 and following of BOI-TVA-DECLA-10-10-30-10 ). On the other hand, the right of deduction of company (D) may be called into question insofar as company (B) is its direct supplier.

The questioning of the right to deduct is subject to the demonstration, on the one hand, that a fraud was carried out upstream by a direct supplier and, on the other hand, that the purchaser knew or could not be unaware that , by its acquisition, it participated in a fraud. The burden of proof lies with the administration.

To establish the existence of fraud carried out by the direct supplier, the administration must demonstrate that the latter has not fraudulently paid the VAT due on account of the delivery to a client company.

Fraud consists of the supplier not repaying to the Treasury the VAT invoiced to its customer and deducted by the latter within the framework of a fraudulent circuit (example 1 in § 20 ).

On the other hand, it is not necessary to demonstrate that the acquirer derived a profit from the fraud.

To establish that the purchaser “knew or could not have been unaware” of participating in a fraud consisting in not paying back the VAT, the administration must demonstrate:

This demonstration requires the gathering of a bundle of clues.

The administration can argue that the purchaser of the goods could not have been unaware that the supplier had not fraudulently paid the VAT due for the delivery, relying in particular on the following indices classified in order of importance:

As this is a set of clues, any element likely to establish the knowledge by the purchaser of his participation in a fraudulent chain can be used. Apart from the demonstration of links between the operators concerned, which alone establishes knowledge of the fraud, the relevance of the clues used by the administration is specific to each case and is not automatic, but the elements brought together, whatever whatever their nature, must be precise and convergent.

It is also possible that the taxable person is himself liable for the tax from which he exercises the deduction. This is particularly the case for the tax:

Note: A taxable person cannot deduct VAT on import or output from a VAT suspension mechanism for which another person is liable, even if this person has passed it on to him. For more details, please refer to I § 20 to 65 of BOI-TVA-DED-40-10-30 .

In these situations, the taxable person cannot exercise the right to deduct the tax for which he is personally liable in respect of these transactions until it has become payable.

For intra-Community acquisitions, it is recalled that the right to deduct arises when the tax due in this respect has itself become payable, i.e. either:

Finally, the date of birth of the right to deduct (whether it is linked to the payment of the tax by the supplier or by the taxable person himself) sets the starting point of the period for regularization of the tax deductible under property constituting fixed assets.