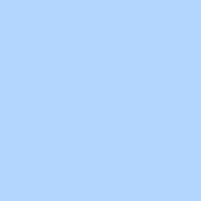 The pursuer was the landlord and the defender the tenant of commercial premises at
Kirkhill Industrial Estate, Dyce. The Lease contained a break option under which the tenant
was entitled to terminate the Lease on payment of £112,500 “together with any VAT
properly due thereon”. The defender sought to exercise the option to terminate the Lease
and made a payment of £112,500 but made no payment in respect of VAT. The issue in this
case is whether the Lease was validly terminated, which turns on the question of whether
any VAT was properly due on the £112,500.

This case turns on the question of whether there was “any VAT properly due” on the
payment of £112,500.

The answer to that question would previously have been straightforward. HMRC’s
policy was that no VAT was due where, as here, a break option was contained in the original
lease. Their policy was recorded in the 1996 decision of the VAT and Duties Tribunal in
Lloyds Bank plc v Commissioners of Customs and Excise LON 95/2424:
“the Commissioners agree that if the option for determination or right of early
determination…had been included in the original leases, the Commissioners would
have followed their policy not to treat this as a taxable transaction……The Tribunal
accepts… that it is the Commissioners present policy not to treat the exercise of an
option to terminate within an original lease as a taxable transaction, although, as that
policy is based neither on a provision of law or on decided authority, it does not bind
the Tribunal.”

The issue which then arises is whether anything has happened between the Lloyds
case and the notice of 23 February 2021 to change the position. In my opinion there has been
no such change.

There has been no case in which a court or tribunal has considered whether the
exercise of an option to terminate within an original lease is a taxable transaction. There
have been no UK court or tribunal decisions on the matter. There have been two decisions
of the European Court of Justice in relation to compensation payable by the customer for
termination of fixed-period telecommunications contracts prior to the end of the fixed
period: MEO Servios de Comunicaões e Multimédia SA v Autoridade Tributária e Aduaneira
(Case C-295/17) EU:C:2018:942 (issued on 22 November 2018) and Vodafone Portugal ­
Comunicaões Pessoais SA v Autoridade Tributária e Aduaneira (C-43/19) [2020] STC 1975
These cases are not directly in point. They relate to compensation for failure to complete the
minimum contractual term, calculated as the whole of the remaining monthly charges
(MEO) or the costs incurred by the supplier (Vodafone). That is not the same situation as a
contractual entitlement to bring a contract to an end after a specified period upon payment
of a fee. In MEO the court held that the predetermined amount received by an economic
operator where a contract for the supply of services with a minimum commitment period is
terminated early by its customer which corresponds to the amount that the operator would
have received during that period in the absence of such termination must be regarded as the
remuneration for a supply of services for con sideration and subject to VAT (para 57). The
Lease was not terminated prior to the expiry of a minimum period, but at the end of a
minimum period. The £112,500 does not correspond to the amount of rent that the pursuer
would have received had the Lease run for its full term of ten years at a rent of £450,000 per
annum. In Vodafone the court held that amounts received by an economic operator in the
event of early termination of a services contract requiring compliance with a tie-in period in
exchange for granting that customer advantageous commercial conditions must be
considered to constitute the remuneration for a supply of services for consideration

(para 50). The defender did not fail to comply with a tie-in period: in February 2021 the
initial tie-in period had expired and the defender had a contractual right to bring the Lease
to an end by exercising the option.

In September 2020 HMRC indicated a change in its policy. The change was referred
to in Business Brief 2020 and set out in VATSC05920. The policy changed from that set out
in the Lloyds case to the following:
“HMRC’s policy is to treat payments arising out of early contract termination as
consideration for a taxable supply. Businesses must account for VAT on these fees.
This applies in cases where the original contract allows for such a termination, as
well as when a separate agreement is reached.” (VATSC05920)

However, on 25 January 2021 HMRC altered its position and updated the Business Brief to
make it clear that the change in policy was not to be given effect until a later date:
“After communication from businesses and their representatives, HMRC has
decided to apply the updated VAT treatment set out in this brief from a future date.
We will issue revised guidance, and a new Revenue and Customs brief to explain
what businesses need to do shortly.”

The effect of this was at the time of the payment of the £112,500 on 23 February 2021
the policy as set out in the Lloyds case still applied. That meant that at that time HMRC
policy remained that an option which was in the original lease was not to be treated as a
taxable transaction. The proposed change in HMRC policy, which would have meant that
HMRC started to treat options in the original lease as taxable transactions, had not come into
force.

In my opinion the purpose of the words “together with any VAT properly due
thereon” was to ensure that if the pursuer required to account to HMRC for VAT on the
payment of the £112,500, the amount of that VAT would be paid by the defender in addition
to the £112,500 so that the pursuer received that sum in full and did not have to deduct VAT
from it: had these words not been included, the £112,500 would have been treated as a VAT
inclusive sum. It was not the purpose of these words to enable the landlord to get a windfall
payment, as would occur if the landlord charged VAT on the transaction but was not
required to account for that VAT to HMRC because of HMRC’s policy that the transaction
was not taxable. Nor was it the purpose of these words to provide a mechanism to frustrate
the exercise of the option. Accordingly, the phrase “any VAT properly due thereon” means
any VAT properly due to HMRC.

As at the date of the exercise of the option, there was no VAT properly due on
the £112,500 to HMRC. The policy of HMRC remained that the transaction was not
chargeable to VAT. Tax payers did not require to account for tax on such transactions. The
change in policy had been withdrawn. I find that the option was validly terminated and
refuse the declarator sought.

I would add that this result will not prejudice the pursuer if at a later date HMRC
retrospectively changes its policy. In that event, the defender will be liable under the
indemnity in clause 4 of the Lease to pay to the pursuer any VAT which then becomes due.
The point in this case is whether at the time of the exercise of the option in February 2021
VAT was due, and for the reasons set out above it was not.

That is sufficient to decide the case but for the sake of completeness I would briefly
set out my views on what I would have done had I found against the defender on the
meaning of “any VAT properly due.”

I would have rejected the defender’s argument that VAT was not due until
demanded. In my view the requirement to pay any VAT is clearly set out in clause 3.1 of the
Lease and a separate demand is not necessary.

I would have allowed the case to proceed to proof before answer on the defender’s
case of personal bar. The defender’s case is that there was a conversation between
Nathan Feldman on behalf of the pursuer and the defender’s property director shortly after
the notice was served about continuing the Lease on new terms; that conversation
proceeded on the basis that the Lease had been validly terminated; and that conversation
induced the defender not to make an additional payment for VAT prior to the cut -off date
for exercising the option and constituted an election. The pursuer sought to have the
personal bar case excluded from probation on the basis that there was no duty on the
pursuer to tell the defender that it had failed to validly exercise the break option , there was
no case of reliance and that nothing the pursuer did induced the defender’s belief. The
defender has averred sufficient in relation to these criticisms for the matter to have
proceeded to proof before answer. I would also have allowed the case to proceed to proof
before answer on the defender’s case of election, which proceeds on the basis of that
conversation and the failure of the pursuer to try to return the £112,500 or otherwise
challenge the validity of the exercise of the option until after the cut-off date for its exercise.