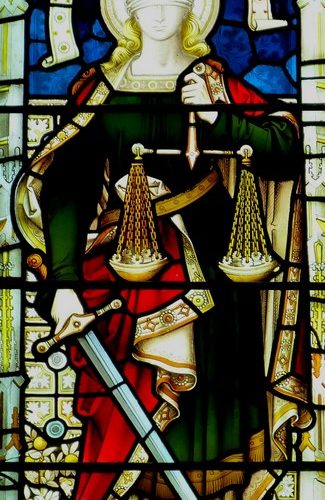 In 2008 the company Ferimet acquired recovered materials (scrap) from the company Reciclatges de terra alta. It declared this purchase under the reverse charge mechanism and issued the corresponding invoices drawn up by itself. The tax inspectorate found that there was a sham act, because while it could not be denied that the supply of the materials had taken place, the actual supplier was knowingly disguised. For that reason, the tax inspectorate concluded that Ferimet had wrongly deducted the VAT and imposed a financial penalty on it. The regional judge in economic and administrative matters has confirmed this decision. Ferimet has challenged this administrative decision, arguing that the VAT deduction cannot be refused if it is established that the transaction actually took place and if the reverse charge mechanism not only guarantees the collection of the VAT and its control, but also the absence of any tax advantage for the taxpayer. Ferimet’s appeal was dismissed, on which Ferimet appealed in cassation.

In certain cases, as referred to in Article 84 of the VAT Act, the person who has to declare and pay the VAT is the recipient of the invoice and not the originator of the invoice. One of the cases in which this diversion takes place is regulated in Article 84 (1.2) c) of the VAT Act, and concerns entrepreneurs whose economic activity consists of the purchase and sale of recovered materials (scrap). The dispute at issue concerns the question whether the applicant can deduct the VAT which it has charged to itself and which it owes itself on the basis of an invoice drawn up by itself under the reverse charge mechanism, if (i) the transaction was actually carried out (this is not disputed), but ii) there is deception as to the actual supplier of the purchased goods.

Must Article 168 and related provisions of Council Directive 2006/112/EC of 28 November 2006 on the common system of value added tax, 1 the principle of tax neutrality arising from that directive, and the associated case-law of the Court of Justice be interpreted as not allowing a trader to deduct input VAT where, under the reverse charging of VAT, known in EU law as the reverse charge procedure, the documentary evidence (invoice) issued by that trader for the goods he or she has purchased states a fictitious supplier, although it is not disputed that the trader in question did actually make the purchase and used the purchased materials in the course of his or her trade or business?

In the event that a practice such as that described above ― of which the interested party must have been aware ― can be characterised as abusive or fraudulent for the purposes of refusing the deduction of input VAT, is it necessary, in order for the deduction to be refused, to prove in full the existence of a tax advantage that is incompatible with the guiding objectives of ‘VAT regulation?’

Lastly, if such proof is required, must the tax advantage which would be grounds for refusing the deduction and which must be identified in the specific case in question relate exclusively to the taxpayer (who purchased the goods), or could that advantage be one which relates to other parties involved in the transaction?