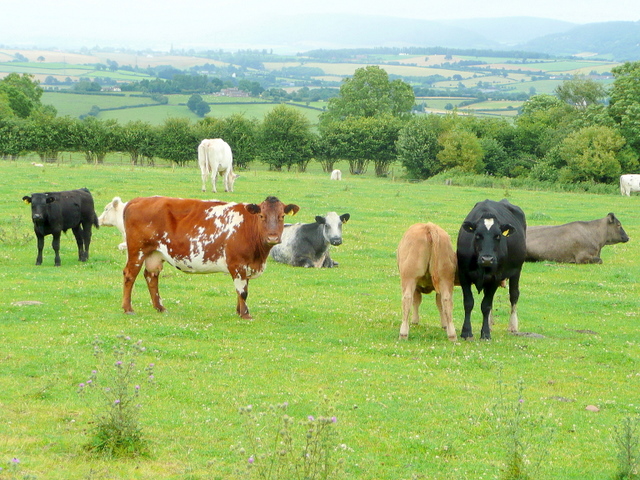 Article 11A(1)(a) of the Sixth Council Directive 77/388/EEC of 17 May 1977 on the harmonisation of the laws of the Member States relating to turnover taxes — Common system of value added tax: uniform basis of assessment must be interpreted as meaning that, in circumstances such as those in the main proceedings, in which a ‘producer organisation’, within the meaning of Article 11 of Council Regulation (EC) No 2200/96 of 28 October 1996 on the common organisation of the market in fruits and vegetables, purchases goods from input suppliers, supplies those goods to its partner members and obtains from them a payment not covering the purchase price, the amount that an operational fund, such as provided for in Article 15 of that regulation, pays to that producer organisation for the supply of those goods to producers is incorporated in the consideration for that supply and must be regarded as a subsidy directly linked to the price of that supply, paid for by a third party.

The applicants in the main proceedings were wholesalers of fruit and vegetables. They sold the products grown by their associated producers.

The applicants each operated an operational fund. This fund is a private-law estate and is financed half by the contributions of the associated producers and half by the financial aid of the European Union. The resources of the fund make it possible to finance investments in particular farms of members of the producer organization.

To that end, the applicants entered into contracts with different associated producers for the acquisition and use of investment goods. Orders for the goods that were the subject of these contracts were made by them directly from the upstream suppliers. These suppliers sent them invoices.

Next, the applicants invoiced the producers concerned, as the case may be, 50% or 75% of its acquisition costs plus VAT, the remaining costs being financed by the operational fund.

After the expiry of the commitment period provided for by the contracts for the acquisition and use of capital goods, the applicants transferred to the producers their co-ownership rights relating to the goods acquired without consideration.

C GmbH & Co. KG and C-eG deducted in full the input VAT paid on the suppliers’ invoices and applied downstream VAT only on the amounts invoiced to the producers. They did not consider the amounts paid out of the operational funds as a compensation for supply of the goods to the producers, since they came from the financial fund.

The German tax authorities considered that the applicants had made taxable supplies to the producers. They considered that the financial aid from the operational funds was a real subsidy, and thus non-taxable. Consequently, the Finanzamt applied the minimum assessment basis to the output transactions of the applicants in the main proceedings and stated that the purchase price had been the net amounts paid to the subcontractors.

The Finanzgericht (Finance Court, Germany) dismissed the actions brought by the appellants in the main proceedings against those amending tax assessments. It considered that the payments from the operational funds should be considered as remuneration received from a third party.

The Bundesfinanzhof considered that the supplies of goods by a producer organization to its members could be regarded as cash-on-delivery, since, in addition to a pro rata payment, the members undertake to supply their products to the producer organization deliver. Secondly, the payments from the operational funds could be considered as a subsidy directly linked to the price of the supply and to be included in the taxable amount.

The Bundesfinanzhof decided to refer the following questions to the ECJ:

1. In circumstances such as those in the main proceedings, where a producer organization supplies goods to its members, and does not charge the producers with a purchase price receives covering payment, can:

” If a ‘producer organization’ purchases goods from upstream suppliers, delivers these goods to its associated members and obtains payments from them not covering the purchase price, the amount that an operational fund pays to that producer organization for the supply of those goods to producers is included in the consideration and must be considered as a subsidy directly related to the price of this transaction, paid by a third party.”

Note from editors: Thus, in these cases it concerned real price-subsidies, which form part of the consideration, and are thus subject to VAT.