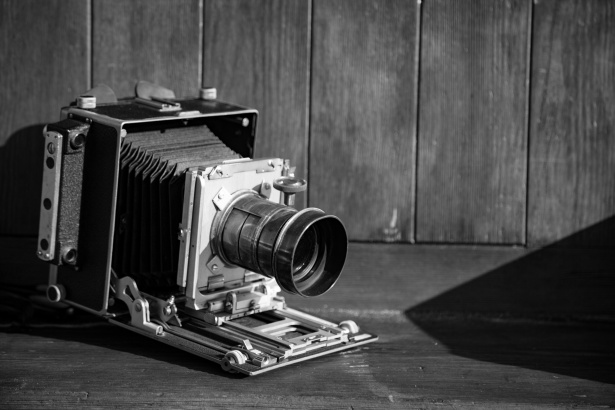 On 5 September 2019, the European Court of Justice gave its judgment in case C-145/18 (Regards Photographiques SARL). The case concerns the question if photographs, which are signed and limited in number of copies, can be regarded works of art, to which the reduced VAT rate can be applied.

Regards Photographiques SARL is engaged in the manufacture and sale of photographs.

The French tax authorities do not agree with Regards Photographiques SARL applying the reduced VAT rate to the delivery of certain photographs, namely portraits and wedding photographs. The tax authorities were of the opinion that these photographs had to be subject to the standard VAT rate.

Regards Photographiques argued that the photographs qualified as ‘works of art’, as they were signed and numbered, and with a circulation of up to maximum 30 copies.

The French court decided to ask questions to the European Court of Justice:

(1) Must Articles 103 and 311 of [Directive 2006/112] and point 7 of Part A of Annex IX to that directive be interpreted as requiring only that photographs have been taken by their maker, by him or under his supervision. printed, signed and numbered, with a circulation of up to 30 copies for all formats and media together, in order to qualify for the reduced VAT rate?

(2) If the first question is answered in the affirmative, is it nevertheless permissible for Member States to exclude photographs which are not of an artistic nature from the benefit of the reduced VAT rate?

(3) If the first question is answered in the negative, what other conditions must photographs satisfy in order to qualify for the reduced VAT rate? Should they display an artistic character in particular?

(4) Must those conditions be interpreted uniformly within the European Union or do they refer to the law of each Member State and in particular to intellectual property rights? ‘

Considerations of the Advocate-General:

According to the A-G, the stumbling block in the present case seems to be formed by the term “artist”.

The A-G considers that “photography”, is a difficult to define phenomenon. Because a photo is “a reflection of reality” and is apparently simple and practically everyone’s can make (nowadays almost every European citizen has a camera, even if only in the phone), the artistic character of the photography can be questioned.

The debate about whether and, if so, under what conditions, a photo art is art, is legitimate between philosophers and art theorists. On the other hand, the taxation of commercial transactions must be based on clear, objective criteria arising from the legislation, even where those transactions relate to goods classified as ‘works of art’. This discussion can not be resolved by the tax authorities, nor by the national courts or even by the Court.

Considerations of the ECJ:

The Court is called upon not to determine the meaning of the concept of ‘works of art’ in general, but to interpret it in the context of the VAT Directive and, in particular provisions of this Directive concerning the application of a reduced rate of VAT.

As regards the definition of the concept of ‘works of art’, Article 311 (1) (2) of the VAT Directive provides that the goods listed in Part A of Annex IX to that Directive Directive are considered to be works of art. Point 7 of this Part A refers to “photographs taken by the artist, taken by him or under his control, signed and numbered in the limit of thirty copies, all formats and media combined”.

With regard to the French Government’s argument that the use of the word ‘artist’ in point 7 of Part A of Annex IX to the VAT Directive must be inferred from the fact that a photograph must be Artistic character for the purpose of benefiting from the reduced rate of VAT under Article 103 (2) (a) of that directive, it should be recalled that the latter provision allows the Member States to to apply the reduced rate of VAT to deliveries of works of art made not by an “artist”, but “by their author or his successors”.

By referring to the terms ‘author’ and ‘artist’, those provisions apply to the same person, namely the person who is the author of a photograph fulfilling the conditions expressly provided for in that paragraph.

As stated by Regards Photographiques and the Commission in their observations submitted to the Court, Article 311 (1) (2) of that directive, read in conjunction with point 7 of Part A of Annex IX, of the latter, determines the photographs which are considered to be works of art by means of objective criteria which, in essence, relate to the identity and the quality of the author of the photograph, to the mode of printing, the signature, numbering and limitation of the number of copies. Such criteria are sufficient to ensure that the application of the reduced rate of VAT to only those photographs meeting these criteria constitutes the exception to the application of the standard rate to any other photograph. As pointed out in point 24 of the Opinion, those criteria are such as to preclude photographs from being described as ‘works of art’ when they come from mass production, involving a print run by specialized laboratories without the photographer having control over the final effect.

The European Court of Justice rules as follows:

(1) To be considered as “works of art” eligible for the reduced VAT rate, photographs must meet the criteria laid down in the VAT Directive, i.e. they must be taken by their author, drawn by him or under his control, signed and numbered within the limit of thirty copies, at the exclusion of any other criterion, in particular the assessment by the competent national tax authorities of their artistic character.

(2) Member States are not allowed to limit the application of the reduced rate of VAT, to only photographs of an ‘artistic nature’,  in so far as the existence of the latter character is subject to an assessment by the competent national tax authority, which is not exercised within the limits of clear and precise objective criteria laid down by that national to determine precisely the photographs to which the said rules can be applied.

In short: if a Member States does not have a clear and precise definition of when something is a work of art, the (objective) definition of the EU VAT Directive must be applied literally, which in this case includes the photographs made by Regards Photographiques SARL.

The European Court of Justice recevied questions in two combined cases: C-45/20 and C-46/20 (Finanzamt N). The cases both deal with the question if input VAT can be deducted on costs that were used for both taxable and...

The French customs administration issued new guidelines on 3 March 2020 that amend the administration’s position regarding exports from France by non-EU companies. The new rules were to become effective on 1 May 2020...

COVID-19: All tax obligations that have their due date after 21 March 2020 and that are unpaid are not considered to be unpaid

COVID-19: Late filing of VAT returns, Electronic report sales during the period of the COVID-19 emergency

COVID-19: Expanded possibility for a postponement of VAT-payments